“The Syndicate”: Interview with Matthew McNulty 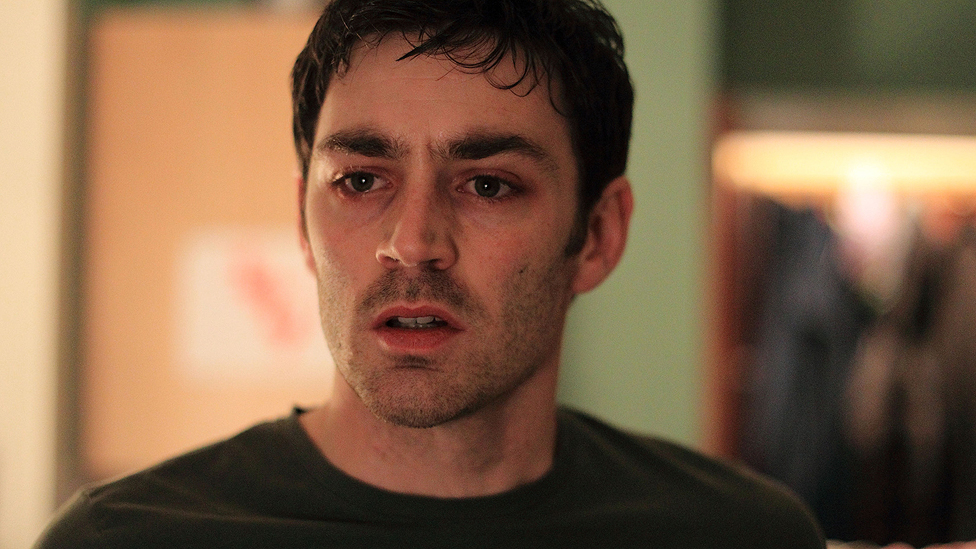 Can you describe your character Stuart?

A hard-working, honest, reliable, yet due to circumstance, a highly-strung worrier. He carries the burdens of those less honest, reliable and hard-working on his shoulders. All he wants is the simple things in life, which is what he rightly deserves, but again circumstance always conspires against him through no fault of his own. You can’t help but feel sorry for this poor downtrodden bloke. He’s got a big heart but a bad chest (asthma).

What attracted you to The Syndicate?

It has many attractions but first as always is the story. You understand and feel for everyone in it at some point and because of the unique way the story is told through different eyes your feelings for some of the characters and their actions are challenged.

I also think that, despite the story revolving around a fantasy that most of us have had and will never experience, it has a realness about it that makes the dialogue and the decisions made by everyone totally believable and easy to relate to. This is obviously a testament to Kay Mellor! Her influence, together with the challenge of playing someone as complex as Stuart, made this an easy job to take.

Have you particularly enjoyed Kay Mellor’s other work?

I think she’s brilliant, she’s one of the most prolific writers we’ve got; she can deal with the heaviest of drama without it dragging you down and writes the lightest bits with great humour. Her stories always have something that the everyman can relate to. I loved Playing The Field – and Band Of Gold was one of the first TV dramas I watched and was amazed at how realistic it was – that definitely has a bearing on what I class as good TV drama now.

Stuart is close to Timothy Spall’s character Bob – why do you think they are so close?

They share the same values and Bob has probably come to be a kind of father figure to Stuart because his own Dad left when he was younger and wasn’t really there for him, whereas Bob was and is. They’re both just good to the core, salt of the earth kind of men.

Stuart has a complicated relationship with his brother Jamie, played by Matthew Lewis; did you and Matthew get on well on set?

Yeah, he’s a top lad, Matt – we share a lot of common interests and have a similar sense of humour so we got on really well. We also both have brothers and understand how you can have an eruption of extreme hatred for your brother one minute then vehemently defend them the next, as is commonly the case with Stuart and Jamie.

He’s a cracking actor that really brought Jamie to life for me and definitely enhanced my own performance. I always enjoyed working with Matt because I totally believe everything he was doing and found him great company to be around on set.

You now have a big following from playing Seth on Misfits – in real life or you more a Seth or a Stuart?

Big following? No, I don’t think that’s true. I wish I was a bit more like Seth but honestly I’m probably more like Stuart but without the panicky asthma. Normal. I think the fact that Stuart’s wardrobe looks undoubtedly similar to my wardrobe says it all – not sure I’d be as comfortable in a sharp grey suit with neck tattoo like Seth and I certainly can’t pull off Seth’s pointy shoes.

And (of course) do you play the lottery and what would you do if you won?

I don’t play but if I did and I won I don’t know what I’d do. I like working hard for everything and knowing where it came from. I’d be a boring lottery winner and do sensible and charitable things – but conscience aside I’d buy Atherton LR, my local football club, and get them in the Premier League!