“The Syndicate”: Interview with Joanna Page 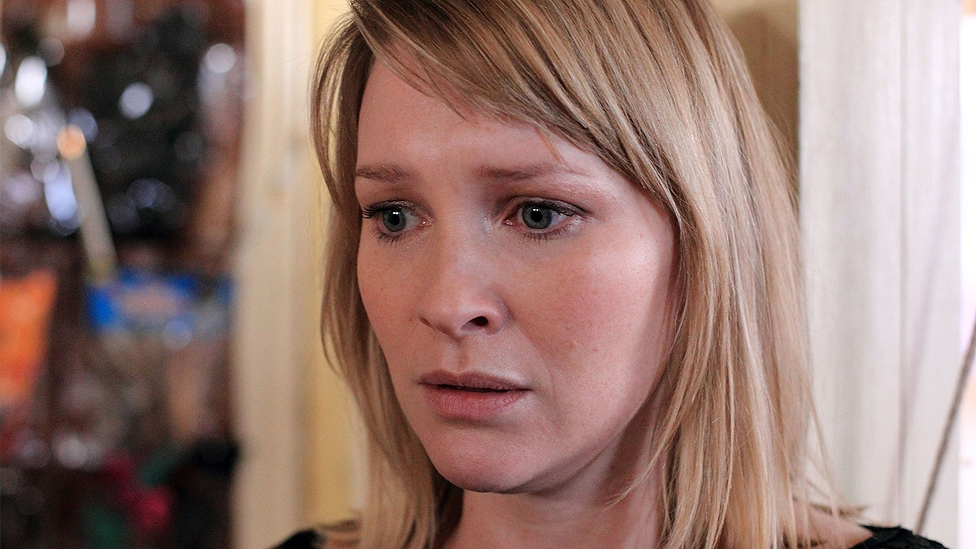 Can you describe your character, Leanne?

Leanne is first and foremost a mum to her daughter, Stacey. Her world evolves around her and everything she does is to keep her safe. When we first meet her, they have all just been told they have won and they are getting ready to be in a press conference but she doesn’t want to get involved in with the press at all.

She is not from Leeds, she and her daughter have moved up here, and she doesn’t want her face splashed over the papers, it is obvious she has a past and just wants to stay anonymous.

The drama is set in Leeds but your character is Welsh – was that deliberate?

Yes, when I first got the script I presumed Leanne was Northern and I was going to brush off my Northern accent but Kay said she wanted me to play it Welsh as she wanted it to be clear that Leanne wasn’t from Leeds; she is an outsider, she is from somewhere else, that’s her story!

It’s lovely being able to play Welsh. For so many years I have acted in variety of accents – I did a play where I was Scottish, loads of costume dramas in RP, I’ve done Liverpudlian, Northern and then Gavin And Stacey comes along and you get to be Welsh. Until that point no one wanted me to be Welsh, so it was really good to have been involved a show that made being Welsh cool!

You have obviously played a Stacey before and now your character has a daughter with the same name – was that confusing?

In the beginning when I first read the script I thought it would be weird that my daughter was called Stacey but I have got used to it because I had to scream the name so much.

A lot of scenes take place in the supermarket – were you trained how to use the till?

We have our supermarket top and tabard and a little fleece so that helped get into character. We filmed in a real supermarket, a little 24-hour shop. It was fun at first, getting to go behind the counter and play with the till! But I hated working in there by the end of it. It was freezing cold, we were rubbish on the tills and my feet were killing me.

Did you enjoy filming the series in Leeds?

I have loved it – James my husband is in Emmerdale, and so we have a flat in the city. Normally, on a job I’ll finish work, go back to the hotel, have some food, straight into the scripts for the next day. But now the dog is there, we get to watch the telly together, I feel like I am not working, like I am home and have a real life for a change. We are both addicted to Dexter and have been working through the box set!

Do you play the lottery and what would you do if you won?

No I don’t play, because I get so disappointed, because I always think, if I buy a ticket, that I will win. Then the numbers come out, and it’s not me… so I don’t play it.

But I do know exactly what I would do if I won – we have talked about it constantly on set – I would buy a big house with land, have lots of animals, set up a dogs charity, buy a boat, sort out all my friends and family… then go back to work!